Ordinary Mac users would not much care about what sort of file system Mac uses inside of internal/external storage device.  However, it becomes very important when you decide to upgrade Mac computer operating system (macOS) to the latest High Sierra.

HFS Plus or HFS+ is a file system developed by Apple Inc. It replaced the Hierarchical File System (HFS) as the primary file system of Apple computers with the 1998 release of Mac OS 8.1. HFS+ continued as the primary Mac OS X file system until it was itself replaced with the release of the Apple File System (APFS) with macOS High Sierra in 2017. HFS+ is also one of the formats used by the iPod digital music player. It is also referred to as Mac OS Extended or HFS Extended, where its predecessor, HFS, is also referred to as Mac OS Standard or HFS Standard. During development, Apple referred to this file system with the codename Sequoia.

Enough for computer jargons.  In a nut shell, HFS or HFS+ has been around about 30 years. 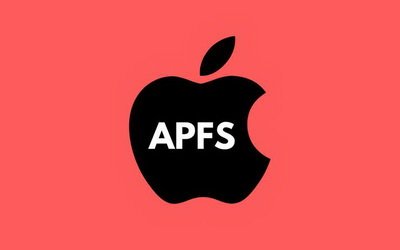 So, what about new APFS (Apple File System)?

*Mojave: Next macOS due to be released in this coming September or October, 2018.  Named after the Mojave Desert is an arid rain-shadow desert and the driest desert in North America.  Due to the feature “Metal”, a graphics framework Apple originally introduced for iPhones, iPads and iPods, Mojave runs only on following Mac computers.

Where as High Sierra runs on;

So, almost all the Mac computer released between 2009 and 2011 will not run this new coming macOS.  Sorry guys, but that the fact of life.

Again, enough for computer jargons.  But it’s very important which file system you choose when you upgrade your Mac computer to High Sierra.

Recently, I dealt with internal PCIe SSD storage upgrade for my client’s 2014 MacBook Air.  When it comes to hardware upgrade, Mac computers are not user friendly at all.  Outside service providers are almost off limits.

Recent Mac computers use very specific Apple factory issue parts.  Almost each year of make uses different internal storage parts. (I simply do not understand why, though.)  And they are very expensive.  Standard MacBook Air comes with very limited 128GB internal storage space.  If you have very large iCould photo library syncing with your MacBook Air, 128GB storage will soon run out.  To find alternative affordable internal storage device was not easy at all.

According to my research, I nailed down 2 candidates for the upgrade.

Very expensive.  But it is said Mac computer will see this storage device as OEM made one and does not have any compatibility issue.

Enclosure can only work with the original Apple factory issue SSD

Because of budget reason and it comes with an enclosure case can be used for the original SSD as extra storage space, we decided to get OWC Aura Pro X SSD upgrade kit 240GB.

Unlike Windows base PC computer where basic “Firmware” (specific class of computer software that provides the low-level control for the device’s specific hardware) stored in the build in computer chip, macOS holds this information in a file system residing in a recovery partition of the system.  In other words, it’s software based not hardware based information.

Mac computer does have an equivalent of BIOS (Basic Input Output System) in PC architecture chip called SMC (System Management Controller).  But functions of SMC is far limited comparing with the BIOS in PC computer.

The SMC is responsible for these and other low-level functions on Intel-based Mac computers:

If you prepare the OWC Aura Pro X SSD as HFS+ file system drive using Disk Utility of Mac, then High Sierra will be installed on HFS+ file system.  Whereas if you erase a partition of OWC Aura Pro X SSD setting as APFS file system and install High Sierra, High Sierra will be installed on APFS file system.  Also, if your try to restore Time Machine backed up file to this new SSD, it will not work.  So, it requires the original SSD to be placed in a enclosure and manually copied back the new drive (Gave me much extra work, sigh!).

Once file system becomes APFS, there is no easy way going back to the old HFS+ system, though. (It’s possible, but it’s a hassel)

Those who are interested in converting APFS to HFS+ without losing the data, please refer to my following post.

Unlike High Sierra, Mojave will not give you any choice of file system but APFS.  So High Sierra with HFS+ users, please be aware this when you update your operating system.

Another matter is that APFS system drive will not startup if you use as external  connected USB drive. (I tested with my MacBook  Pro).

So, It’s all up to you which file system you use with High Sierra for your favorite Mac.  But think twice before you decide to do so.

For your further information, please take a look at the following stats for desktop macOS Version Market Share (Worldwide and Australia 06/17–05/18)

If you choose APFS system drive as start up drive for those Mac devices can run APFS system, there is no problem starting the system even the system disk is connected through external USB enclosure (tested on my iMac 27 inch late 2013).  The reason for APFS external USB connected drive did not start up for my 1/9/19 update (just above) is to do with the firmware on my MacBook Pro at that time was for El Capitan (10.11) and there was no way to recognise APFS file system.   Also, please refer to my recent blog post for more affordable PCIe SSD (NVM2) upgrade. It appears High Sierra achieved very steep spike in the share in last 6 months.  Unlike Windows 10, Mac users are not forced to upgrade macOS operating system.  Many of my friends are still using OSX 10.10 (Yosemite).

Just about a week ago, I got a nice MacBook Pro Late 2013 with Ratina Display which was no longer in use.  The MacBook Pro has a basic configuration (4GB on board ram – not up-gradable, 128GB PCIe Apple factory issue SSD).  As internal storage of 128GB is too small for me, I’m planning to replace the 128GB SSD with bigger capacity one.

So, whatever I choose to do with this MacBook Pro, it will be on my own risk.  No big deal.  What I’m looking at this moment is a message board thread of MacRumors.

There are 1600 posts already on the board.  It means I will purchase an adapter and M.2.NVMe SSD replacing the original Apple factory issue SSD.  Tons of information is already there and you have to decide yourself.  It will be a very interesting project for me.